Smart Process Automation (SPA) and the future of jobs 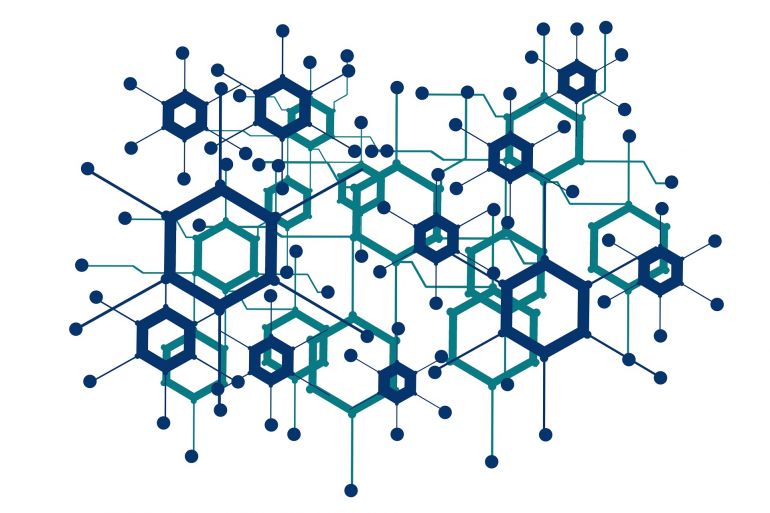 Starting with 1990â€™s, the companies around the worldÂ becameÂ more and more aggressive in terms of reducing their operational costs to stay competitive on the market. During that period, the strategy adopted by many of them was in the form of labor arbitrage. As these benefits have been reaped, major organizations are continuously searching for new solutions to stay ahead of competition and smart process automation is one of the key solutions theyÂ adopt.

Smart process automation allows companies to drastically improve costs while maintaining or even increasing the quality levels for business processes, especially the transactional ones. As compared with previous IT transformations, the upfront investments are kept at a minimum level and the implementation time is relatively reduced (Kroll, Bujak, Darius, Enders & Esser, 2016). Just like humans, smart process automation solutions have the ability to continuously learn from either human beings or machines, which enable them to replace â€œclassicalâ€ employees and become what is commonly known today as digital workforce. These technologies are advancing in an accelerated rhythm and concerns are being raised related to complete replacement of human beings through automation. This article tries to provide an analysis of smart process automation in terms of evolution, advantages and identify how jobs will be transformed in the future.

Smart process automation is a set of emergent technologies designed to automate business processes, especially repetitive, transactional tasks carried out by human workers. It is based on software programs which are capable of solving more and more complex problems that would normally be based on human intelligence and, at the same time, it continues to learn from all previous interactions with the processes (Terry, Hulsing & Boroujerdi, 2016). It also transforms the customer experience through simplifying the use of technology and providing faster and more accurate outputs to the requestors. Its accelerated evolution is enabled by recent developments in computing power but also by the existence of large data sets generated by various activities, as the learning process of smart process automation depends massively on historical data and how these data were interpreted, used and transformed by people in the past.

As a form of automation, screen scraping software or macros can be considered the predecessors of smart process automation. Their purpose was to translate information from old, legacy system into new user interfaces so that the logic and data present in the legacy programs can still be of use. With the technological advancements, nowadays smart process automation comprises tools such robotic process automation, machine learning, natural language process, optical character recognition or cognitive intelligence/artificial intelligence. Multiple companies in various industries are experimenting or deploying smart automation at a large scale, with results consisting in automation of 50-70% of tasks, reduce costs with 20-35% or shortening the processing time. (Berruti, Nixon, Taglioni & Whiteman, 2017).

Robotic Process Automation (RPA) is a software automation tool which can mimic human behavior and can be used in case of business processes which are repetitive, routine and involve limited decision making. The technology has diverse applications, from processing invoices or claims, copy-paste information form one information system to another or can even address more high-end processes such as anti-money laundering, settlements or Know Your Customer. It works properly whenever the data to be processed is structured, that being translated into a pre-requisite before deploying RPA of standardization of processes. RPA is a fast solution which comes with a low cost of making information systems â€œcommunicatingâ€ one with another, this being one of the main advantages determining its late success in the business community (62% of North American enterprises are looking at new opportunities available with RPA systems). It reduces the human effort, it increases the accuracy of the outputs, it can process large sets of data at a much faster pace, it is user friendly in the sense that employees with non-technical background can successfully manage the implementation and support. However, RPA should not replace IT transformations and should be seen as short to medium term solution for the IT enterprise automation. Moreover, given its limitations in terms of decisional power and process standardization pre-requisites, it must be coupled with other technologies for enhancing its value-adding component.

While RPA helps with performing transactional tasks by being specifically programmed, machine learning is a branch of smart process automation enabling computers to learn from data without any explicit programming. In the same time, machine learning algorithms are capable to identify patterns in structured data, through supervised or unsupervised learning. This last aspect is extremely important for the business environment which owns large piles of data but it is not able to discover what might be the important relationships and correlations between these data. Under such circumstances, machine learning algorithms can often be used to extract relevant relationships and provide useful business insights and analytics that would lead to business process transformation.

Both robotics process automation and machine learning can be combined with natural language processing technology for enlarging the scope of smart process automation. Historically, a human could converse with a machine in a specifically designed language developed by software programmers. The new technology allows nowadays interactions between machines and human beings in â€œnaturalâ€ language, either through verbal or written channels, one example being the chat bots (or conversational/virtual agents) deployed largely in customer support or customer facing processes.

With smart process automation, the machines could replace manual clicks, interpret e-mails, make decisions without being programmed in advance or provide real time handoffs between systems and people.

In this era of digitalization, the usage of smart process automation has multiple implications. These emergent technologies have the potential to drive productivity through reduction of labor force and limited investments as compared with traditional IT transformations. It translates in corporate profitability and higher return on capital. It offers, in the same time, higher process accuracy by reducing the risks of errors occurrence, as long as it is properly implemented. Given these tools, organizations can better analyze the data they have at hand and take strategic decisions, launch new products,Â addressÂ new markets. On the customer side, the results are visible by shorter turn-around time, more tailored responses (as smart process automation is capable of analyzing more rapidly the customerâ€™s background and previous interactions and take smart decisions).

Smart process automation has the potential to reshuffle the competitive advantage across almost every industry. Failure in leveraging these technologies by companies might mean being overpassed by competitors that benefit from the strategic intelligence and the productivity gains automation brings (Terry, Hulsing & Boroujerdi, 2016).

Job future in the context of smart process automation

As recent research, smart process automation will replace more than 120 million knowledge workers by 2025, generating revenues of $12.5 billion by 2019 only. All industrial revolutions till date, starting with industrial revolution, implied transformation of jobs and creation of new ones, approach which is replicable for this phase as well.

Automation has already reshaped multiple industries where routine tasks are predominant, such as mail sorting or bookkeeping. In Human Resources for example, cognitive robots are capable of taking over recruitment processes, employee performance evaluations or career recommendations. It is predicted that human workers in fields such as customer support, logistics, operations, marketing and objective decision-making will be totally replaced by digital workforce. Even creative industries will be impacted by deployment of smart algorithms. However, for the foreseeable future, smart machines will still require human involvement for development, setting up, implementation, control and maintenance, hence new categories of jobs willÂ appearÂ and other niche ones will increase in numbers. Ethical behavior is a trait specific to humans and will remain a constant, hence machines will most probably require â€œethics professorsâ€ to guide and control their decisions in the future.

Regardless of the automation evolution, in order to remain competitive on the labor market, certain competencies should be acquired or developed, such as social intelligence (ability to connect to others in a deep and direct way), adaptive thinking, capacity to operate in different cultures or evolving environments, computational thinking or design mindset.Â  The entire educational system should be adapted and transformed in order to ensure skill evolution towards a world which is automation inclusive.

In a business environment characterized by constant change and extreme competition, emerging technologies grouped under smart process automation allow companies to reduce costs, drive productivity, develop new products and services, while better serving the end customer. While automation through robotics, machine learning or other tools is not the final purpose, it contributes massively to business transformation and it is included in the medium-term strategy of all organizations, with major investments worldwide (global market for digital workforce is expected to reach $153 billion by 2020).

Automation will determine complete reshape of the job market, with a vast number of job categories being replaced by smart robots. In the same time, new job opportunities will appear which will require re-skilling of the current workforce and an emphasis on certain competencies to be developed by the educational system in the future. 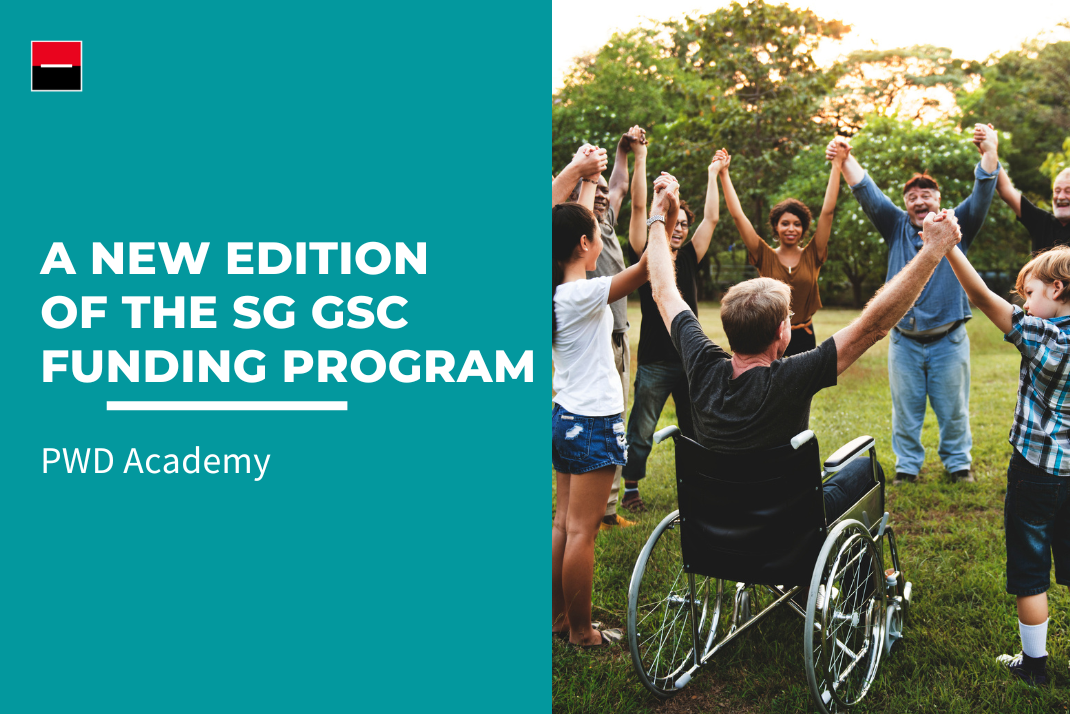 Societe Generale Global Solution Centre launches a new funding program, which offers financial support in the amount of maximum Eur 40,000, aimed at supporting projects developed by non-governmental organizations in Romania. The funding program, entitled the Academy of Education for Differently Abled Persons, has the objective of supporting the initiatives created by NGOs in Romania […] 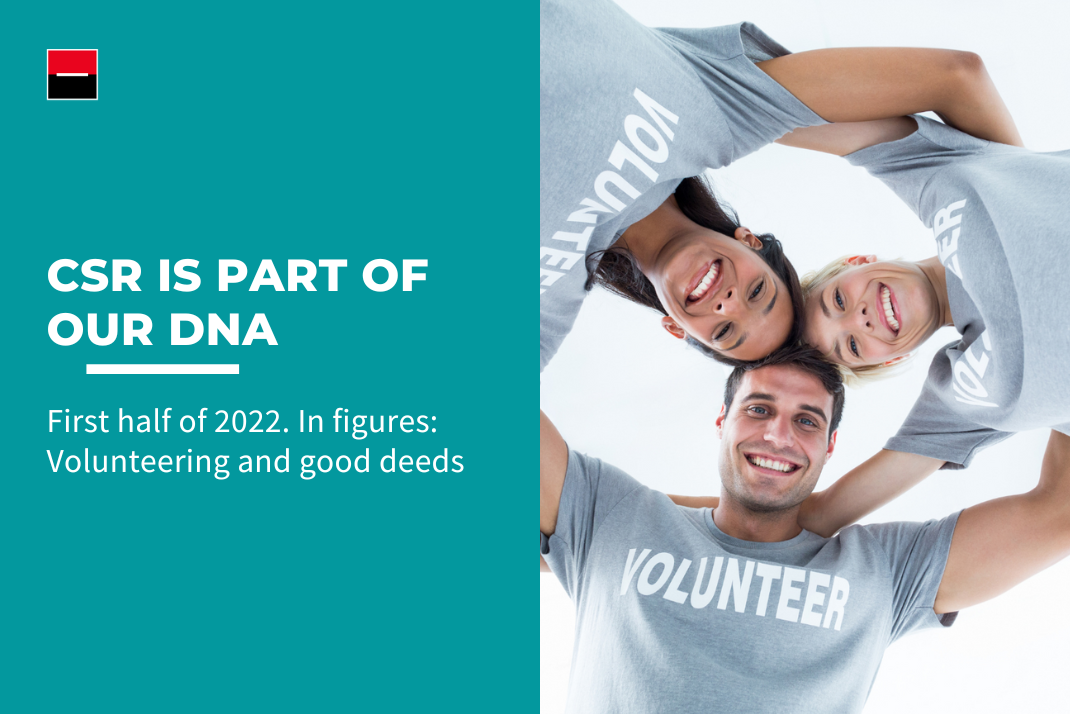 Irrespective of the season, volunteering for doing good remains a strong feature in our personal and companyâ€™s DNA!

Irrespective of the season, our aim, to positively impact the society and to create a better tomorrow for vulnerable communities, has been successfully transformed into reality with the help of our colleagues. In the first half of 2022, weâ€™ve managed to unfold around 100 volunteering activities with the help of over 700 colleagues, in the […] 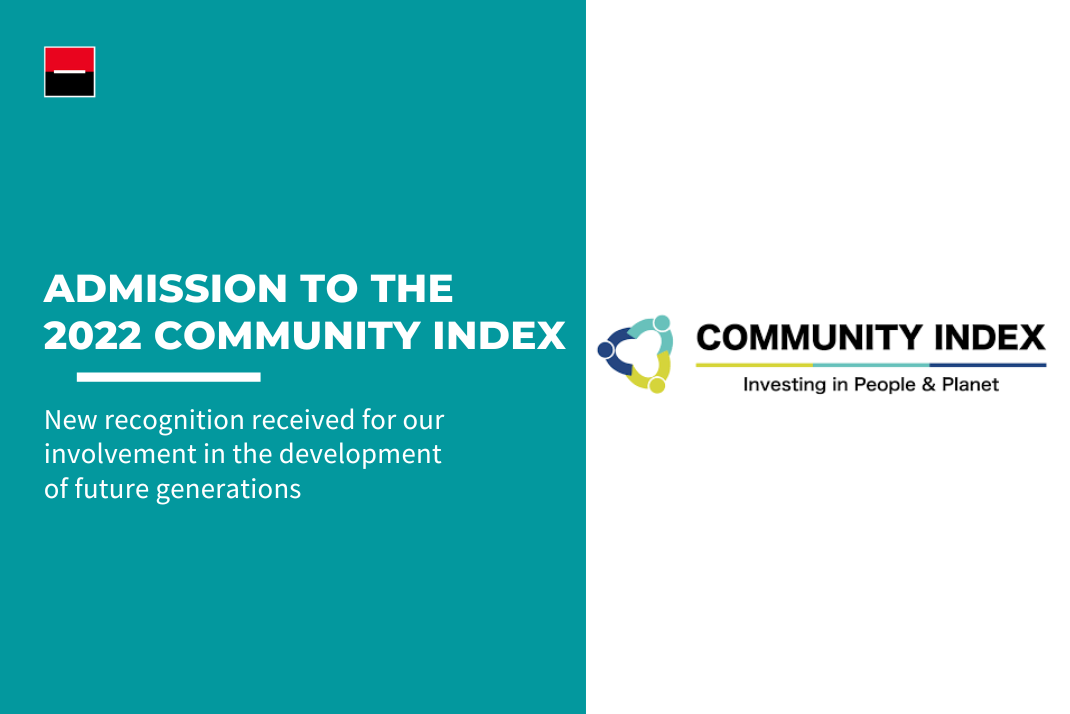 The results of the “Community Index” study were recently released, the first and only index of the programs and projects carried out by companies in Romania to invest in the communitiesâ€™ development, and one of the programs we support is among the projects mentioned in this document. Annually, in search of the best projects and […]